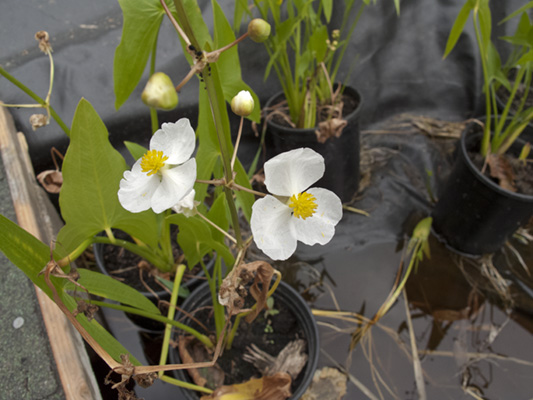 To say the Corps of Discovery was prepared for their trip would be an understatement. Their largest expenditure was on food, bringing nearly 7 tons of dry goods and 193 pounds of “portable soup” – broth that had been boiled to a gelatinous state and dried to be shelf-stable. But rations alone wouldn’t be enough to sustain the Corps on its more than 8,000 mile journey. It was through foraging, trading, and the Indigenous peoples’ knowledge that the Expedition members lived to tell their tale.

The journals of Lewis and Clark are abundant with references to berries, nuts, roots, and other edible plants shared with them by the Indigenous peoples. Lewis often describes them in detail, giving us a clear idea of which specific plants contributed to the Corps’ diet:

“The native fruits and buries in uce among the Indians of this neighbourhood are a deep purple burry about the size of a small cherry called by them Shal-lun, a small pale red bury called Sol’-me; the vineing or low Crambury, a light brown bury reather larger and much the shape of the black haw; and a scarlet bury about the size of a small cherry the plant called by the Canadin Engages of the N. W. sac a commis produces this bury”

The first berry described by Lewis is the salal berry. The second is unclear, as Lewis used the word “Sol’me” to describe two different berries in separate journal entries. It’s likely here he is referring to cornus canadensis, more commonly known as bunchberry or creeping dogwood. The third berry is wild cranberry, fourth is Oregon crabapple, and the final berry is the bearberry or kinnikinnick.

Sacagawea and her knowledge of native plants also proved valuable to the Expedition’s success. She introduced the men to a wide variety of edible roots and plants, supplementing the men’s diet of boiled meat with a wider variety of nutrients. Her contribution likely made their meals not only more palatable, but likely prevented scurvy and other forms of malnutrition.

“When we halted for dinner the squaw busied herself in serching for the wild artichokes which the mice collect and deposit in large hoards. this operation she performed by penetrating the earth with a sharp stick about some small collections of drift wood. Her labour soon proved successful, and she procured a good quantity of these roots.”

Her contributions were so vital that, when the Corps of Discovery was deciding where to build what would become Fort Clatsop, Sacagawea was included in the decision process. Clark noted in his journal that she suggested they spend the winter in an area where wapato grew in abundance. Lewis and Clark frequently reference the wapato, a root that become a staple in their diet during their stint at Fort Clatsop.

“We were treated verry kindly by them, they gave us round root near the size of a hens egg roasted which they call Wap-to to eate”

You can see many of these plants for yourself at Fort Clatsop and throughout Clatsop County. A patch of wapato grows outside the visitors center and there is wapato in the ethnobotanical garden at Netul Landing. Salal berries grow in abundance during the summer months, taking refuge in the cool shade of our forests. Wild cranberries and Oregon crabapples mature in late summer and early fall, turning a deep red color and both sharing a tart flavor. Go for a hike at Fort Clatsop and see how many of these remarkable plants you can find!